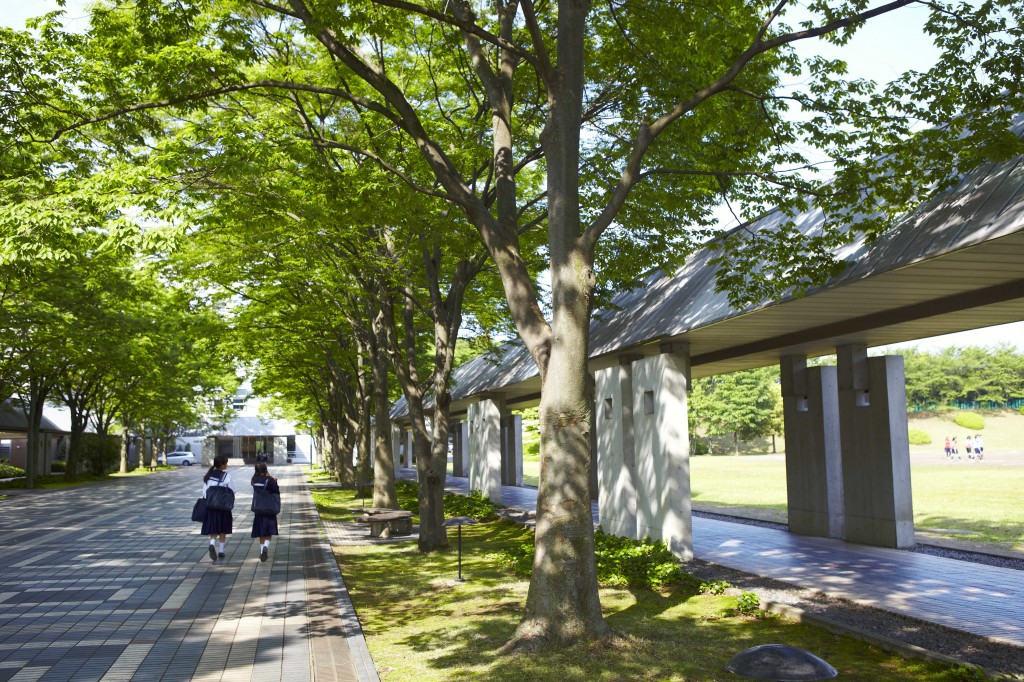 Otsuma Tama Junior and Senior High School is a private secondary school for girls. Attached to Otsuma Women’s University, we are located in Tama City, the western suburb of Tokyo, Japan. Our attractive campus includes three gyms, five science labs, three language labs, athletic fields and open spaces, all of which help us provide a challenging balanced program that helps our students reach their academic potential.

In 1908, Mrs. Kotaka Otsuma founded Otsuma Gakuin (gakuin = educational institution). Passionate about women’s higher education, Otsuma strongly believed that if women gained the ability to contribute to society, and projected that ability widely throughout the world, it would lead to their independence. She first started a handicraft school in Chiyoda Ward, in downtown Tokyo, to help women start their careers. In the same location, Otsuma established an all-girls’ high school in 1948, and a women’s university in 1949. In 1988, Otsuma Tama Senior High School, along with the Tama Campus of the university, was founded in Tama City commemorating the 80th anniversary of Otsuma Gakuin. Otsuma Tama Junior High School was attached in 1994, and in 2008, the school building was extended to include five science labs and three CALL (computer-assisted language learning) as part of the 100th anniversary project of Otsuma Gakuin. Otsuma Tama Junior and Senior High School honors the over 100-year tradition of enhancing rich, good natures of women, while empowering them for the future.

Otsuma Tama cultivates young women to become well-educated, cultured and responsible citizens for the global society of the 21st century. 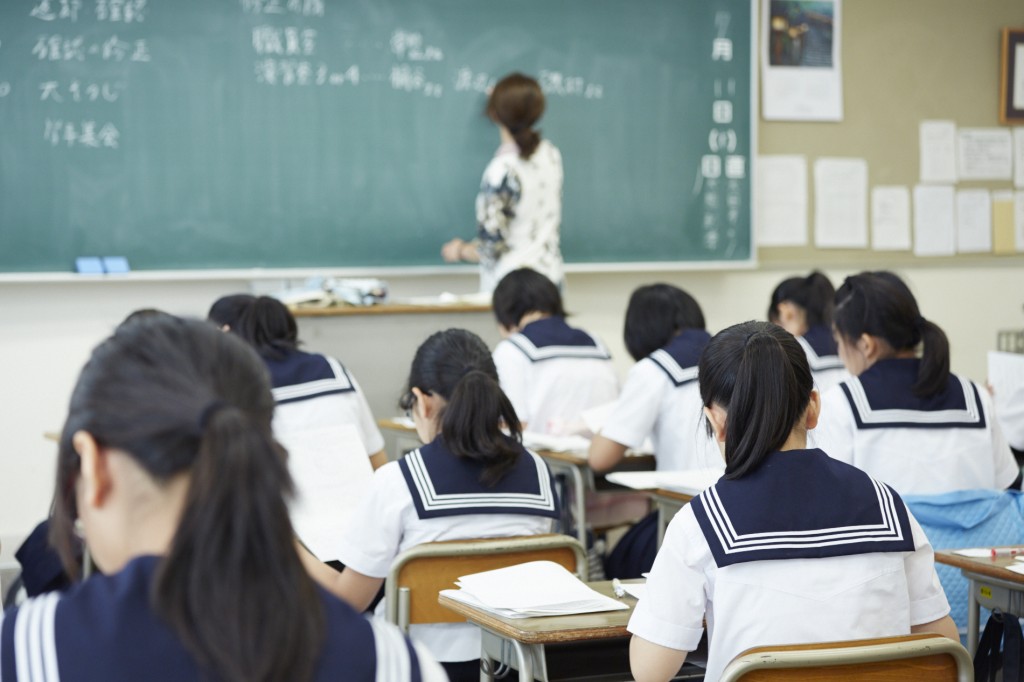 Our founder, Kotaka Otsuma devoted her life to offering education in step with the times to nurture the development of truly independent, well-educated and gentle women. She inspired herself and her students with her words, “Keep your ideal high, and work towards it step by step”. In living her founding spirit we help our students become an individual with the power to realize their dreams. For that purpose, we challenge our students to attain high academic ability, build a well-balanced character with respect for peace and justice, and to have enthusiasm for being the best they can be. Otsuma Tama knows our students, values their individuality, and pursues the best education for each of them. 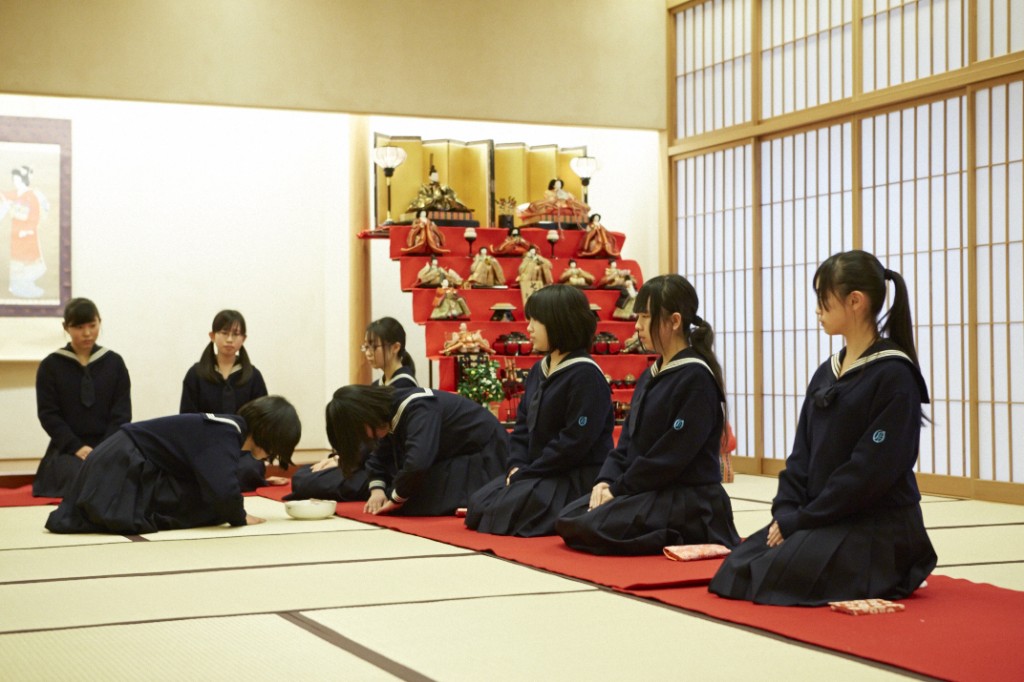 Our school’s motto is “Haji-wo-Shiré.” (Roughly translated as “appreciate humility” or “develop an understanding of the value of humility”.) The founder of our school, Kotaka Otsuma, stated, “This motto is not meant to be said to others but to oneself. It urges individuals to behave in a way that does not humiliate their own conscience, and this leads to their self-development. These are words for students to ask themselves whether they had acted respectably.” Otsuma Tama strives to prepare our students for academic and personal success in the rapidly changing, globalizing society. Amidst the long recession, Japanese society has been experiencing rapid changes. And it is at times like this that we need the social progress of able, enterprising women who can set their own personal goals as well as contribute to society. And the life style of such women is also changing more rapidly than ever before. Otsuma Tama’s mission is to cultivate the development of such women.

Otsuma Tama is proud of our six-year academic and career counseling program, with almost 100% college acceptance every year. We support each student to realize their personal goals and to become a responsible citizen. Through the school’s academic process, students learn to become intellectually inquisitive, and achieve high academic ability. Through the various aspects of school life at Otsuma Tama, such as school events, student body and club activities, we also stimulate the students to think critically, value justice and discipline, and turn their eyes to the world. The three years of junior high school are focused on the development of basic academic ability, while at the same time learning how to cooperate with their peers. These are the years for students to expand their interests, and the basic academic and social skills acquired in these years broaden their possibilities for the future. The following three years of high school are strongly college-preparatory, which enables the students to get closer to their dreams. With intimate school-student academic and career counseling, we support our students to achieve their goals.

1. OUR VISION FOR THE FUTURE

Over 100-year tradition of offering outstanding education to young women, while adapting to a complex and changing world.

The school year 2015 marks the expansion of our study abroad program, the opening of our new library building, and the start of the new admission tests for returnees and students with intercultural backgrounds.

Committed to our founding mission

Otsuma Gakuin (gakuin = educational institution) has a traditional reputation for turning out ‘good wives and wise mothers’. Our founder, Kotaka Otsuma, often used to the word ryousai-kenbo (ryousai: good wives, kenbo: wise mothers) in her educational philosophy. This may sound old-fashioned, but what Kotaka had in mind when she used this word was the independence and social advancement of women. Making ‘good wives’ meant to encourage young women to have the skills and confidence to manage their household, and making ‘wise mothers’ meant to empower women to contribute to society while raising the next generation. The essence of Kotaka’s educational philosophy of making ryousai-kenbo was to nurture the development of truly independent, well-educated and gentle women willing to contribute to society. In the rapidly changing, globalizing society where women’s advancement is crucial, Otsuma Tama is committed to nurturing ryousai-kenbo of the 21st century. As a school with almost 100% college acceptance every year, we strive to provide a challenging, balanced program that helps our students reach their academic potential, while at the same time enhancing our students to become cultured citizens through every aspect of school life. 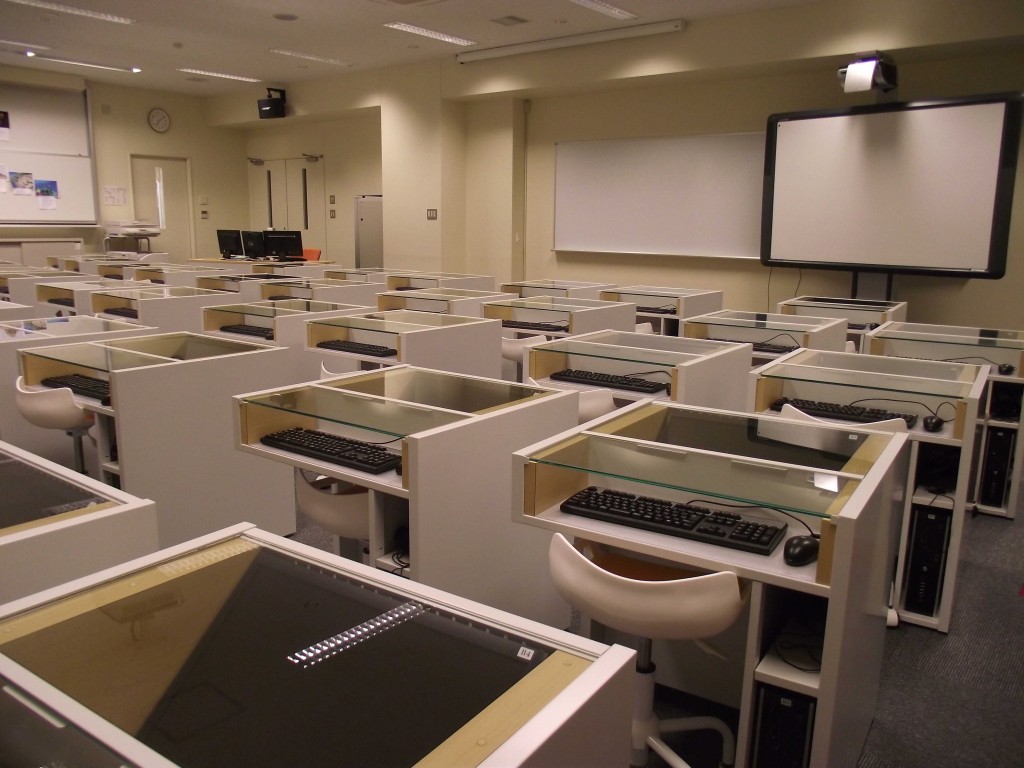 Fostering international-mindedness and respect for diversity

Otsuma Tama aims to empower ryousai-kenbo of the 21st century, young women who can be proactive in the globalizing society. To realize this goal, in 2015, we will: 1.Expand our international education program ・In addition to our sister school in Australia, our students can now choose from two affiliated schools, one each in the USA and the UK for the third term study abroad program. We will also promote more intimate exchange programs with these three schools. ・Two unique short-term study abroad programs will be held. One will be in the UK, in order to give students the opportunity to use practical English. The other will take the students to Turkey, where they will be able to experience the Muslim culture of the Middle East. 2.Promote international standardization of our English education program ・We will integrate ICT in our English curriculum for the acquisition of comprehensive, practical English that surpasses the English level required for the college entrance examinations. 3.Start three new admission tests ・In order to create a school with more diversity and vitality, Otsuma Tama will take in students with various backgrounds. For the 2016 admissions, we will conduct three new admission tests (the November Admission Test for Returnees, the February Admissions for Returnees, and the February Admission Test for Students with Intercultural Backgrounds). 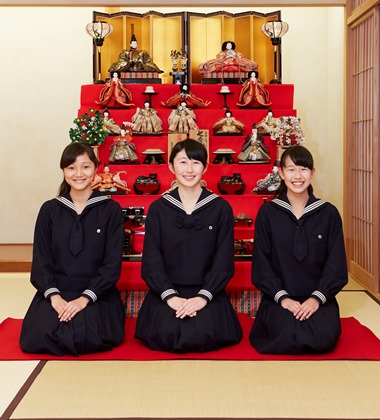 We provide excellent educational facilities to support the six years of our students. Our attractive campus is located in the Western suburbs of Tokyo, one of the world’s largest cities, but has a quiet, academic atmosphere and is full of greenery. Every day, our students enjoy the beauty of the four seasons during their ten-minute walk to school from the nearest train station. We are also proud of our state-of-the-art educational facilities. In 2008, the school building was extended to include five science labs and three CALL (computer-assisted language learning) classrooms as part of the 100th anniversary project of Otsuma Gakuin. In 2012, artificial turf was installed on our athletic field, and in the summer of 2015, a new library building with more than 200 self-study seats, classrooms with electronic whiteboards, and an assembly room will open. Two of the CALL classrooms will be improved during the summer so that the students can use tablet type devices to create an active learning environment. As a private school, we take pride in offering an outstanding studying environment to our students. 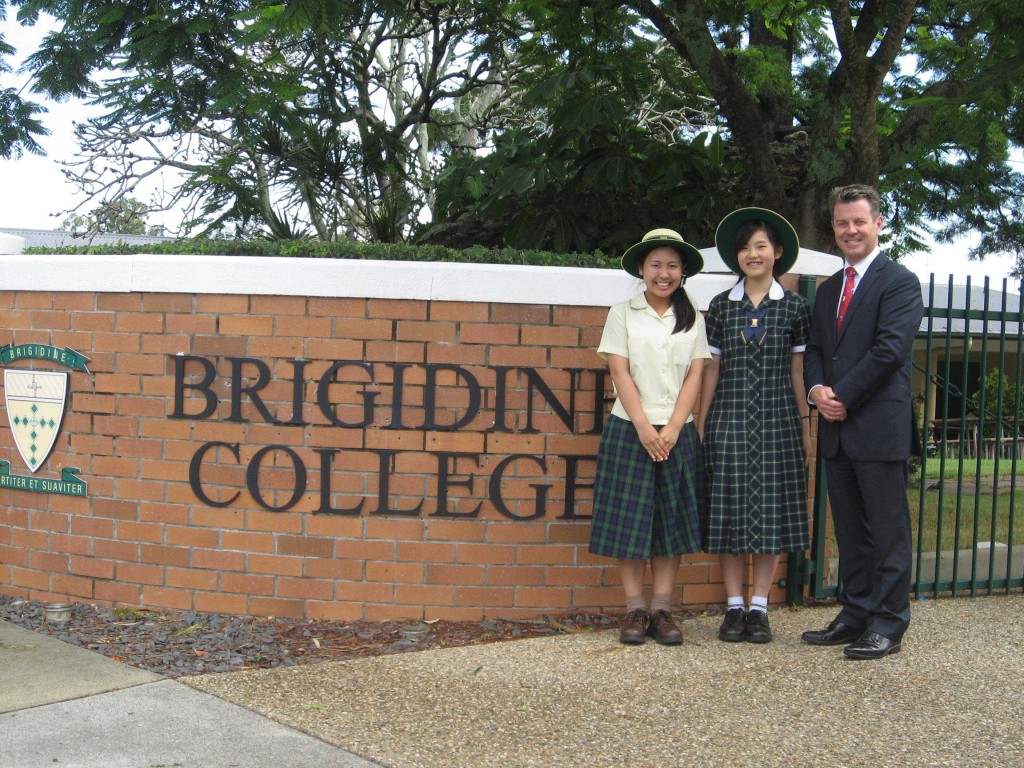